Rustic house numbers are an indispensable ingredient in weaving a tapestry of rustic desirability as visitors meander their way to your front door. Most numbers are serviceable enough but don't capture the charm factor that prevents structures from being indistinguishable. Additionally, rustic address numbers need to be readable at a substantial distance for excellent utilization.

Our rustic address numbers encompass an encyclopedic range of important styles. For example, Pine Bark variety is cast bronze and the molds derive from actual pine bark. Separately and on the opposite spectrum we offer illuminated house number boxes made of brass with seven finishes including the popular architectural bronze, and eight glass choices including gold iridescent. These are wired with LEDs and can be made for either twelve volt or one hundred twenty volt wiring.

Two styles of rustic house numbers come with three eighth inch spacers for customers who would like the numbers to rise off the surface in order to cast a dramatic shadow. You can either use those or not, as your tastes dictate. The twisted twig style rustic address numbers have a high style cabin or lodge appearance and can be ordered in bronze, pewter, brass, copper, or nickel patinas. Carriage House numbers are solid cast bronze, as are Easy Street. Finally, for those that need to spell out lettering instead of or in addition to numbers, the Way Out West, Timber Time, and Back in the Saddle styles have that capability. Some rustic house number styles are on hand and ready to ship out, others are made to order, but in general the build time is not too excessive

Before meticulously choosing rustic house numbers conclusively determine enough space exists to fit the rustic address numbers. If dimensions are questionable you can always enlarge the picture on the website to full size on a copy machine, cut the image out with a scissors and tape them to the wall, trim, or post. There are a wide variety of heights ranging from 4 to 6 inches. On a few of the styles we can make them custom at a smaller size. For example, if you want Way Out West numbers diminished to three inches we ably accommodate you similarly to four inch numbers.

For good readability you'll want to have light numbers and a dark background. Or dark numbers and a light background. Good contrast improves the ability to recognize numbers at a distance. For problematic environments consider the thermoluminescent illuminated numbers. Permanently hard-wired, they are more reliable and readable than solar electricity connections. 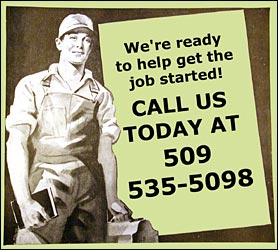